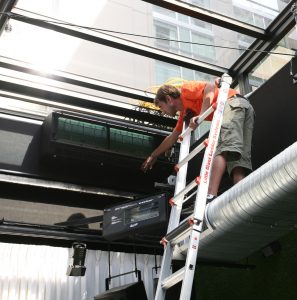 Recently, we were approached with a very typical, yet extremely complex situation at one of Chicago’s hottest new nightclubs. I can safely say hottest both figuratively and literally. Paris Club, located at 59. W Hubbard in downtown Chicago, approached us with one major request, “Make my clients cool!” This new club is the brain child of legendary restaurant gurus from Lettuce Entertain You. They are setting the standards in Chiacgoland dining, and keep patrons raving.

Helping to Save Marty's Marriage!?! 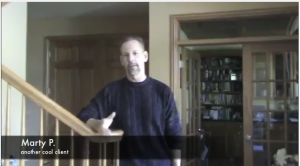 The most rewarding part of what we do everyday is talking to our clients after we have made a significant impact in there home. We learn even more about how bad it really was before they have experienced our solutions. Had we never met Marty I know he would have given up his crusade for comfort, because he told me so.

His story is one I am proud to share, because people like Marty just assume they are stuck being uncomfortable. Marty came to us looking for a way to keep his master bedroom comfortable on his newly custom built home. His wife and him where ready to move out of their gorgeous master suite, because they could not sleep comfortably next to one another. Their master suite just like the rest of their home was absolutely gorgeous.

An Emergency Service Call - Leads to A Scary and Toxic Discovery 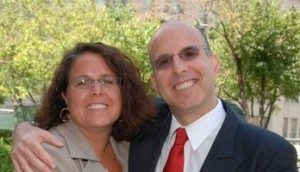 Are you one of the millions of American’s who suffers from itchy red eyes, sneezing, coughing, and difficulty breathing? If not you are one lucky person, because according to the Allergy Institute of America more than half of the population suffer from and have tested positive for at least one type of allergen. Maybe you are one of the lucky ones, but what about someone living in your home? The real problem is that the number of those suffering is not going down, but rather increasing every year.

It’s typical for people to never know what causes their problems, or that they even have one. Far too often people attribute their problems to some sort of seasonal allergy or think that they may just be getting the flu. Just ask our dear friends Steve and Michele who live in Inverness. One day last summer they called us to the rescue, because after two days of suffering with no air conditioning they could not bare it any longer. What we discovered opened our eyes to a shocking realization and the fact that we had to share this with you. 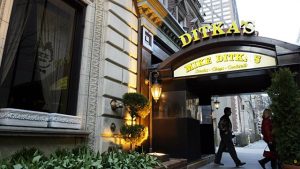 As many of you know ex Chicago Bears head coach is in the restaurant industry along with many other businesses. Currently there are two different restaurants, one located in Chicago right near Water Tower Place, and one directly across the street from Oak Brook terrace. There is talk of maybe even a third so keep your eyes peeled for that on the North Shore.

When it comes to his restaurants its simple, great atmosphere, great food, and even a chance too meet the coach. Just like his style of coaching going back to the good old days of Super Bowl Bears the coach demands the best. His staff was having problems with the comfort at both locations and wanted to get to the bottom of his problems. 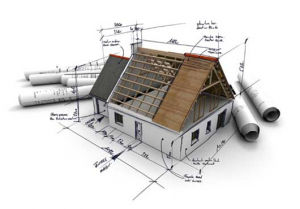 More and more studies show the lack of consumer confidence in the housing market as a whole. The steep decline in home values along with the weak performance of the stock market has consumers reinvesting in their existing homes. These studies are backed by the increase in demand for remodeling as well as in the demand for custom-built homes. Smart consumers are educating themselves on re-inventing their dream home concept; home builders are in a race to scrap the cookie-cutter subdivisions in favor of the custom home market.

Savvy customers want more space and lower utility bills. One of the problems with this trend is the home builders or re-modelers inability to match their current construction practices with the demands of today’s consumer. Low E windows and sliding glass doors combined with good insulation practices is a great start. Unfortunately the new dream home often gets a cheap heating and air conditioning system, and the consumer is left with a space that they cannot fully ENJOY.

Hot Upstairs, Cold Downstairs, and Mad as H.... Until They Called Us!

Here’s something you may not know: the ideal temperature deviation from your home’s thermostat to other areas throughout is three degrees.

That’s not what the eight-member Cannon Family in Roselle was experiencing! They found us through IMS, a trade publication and had us over to discuss comfort issues with their home’s HVAC delivery. We found that the uniform temperature they hoped to achieve in warm months (for example, opting for 78 degrees throughout) measured closer to 90 degrees in second floor bedrooms and 66 in the newly added basement sleeping rooms. That led to sheet covered but still sweating sleepers upstairs with multi blanketed, freezing family down under.